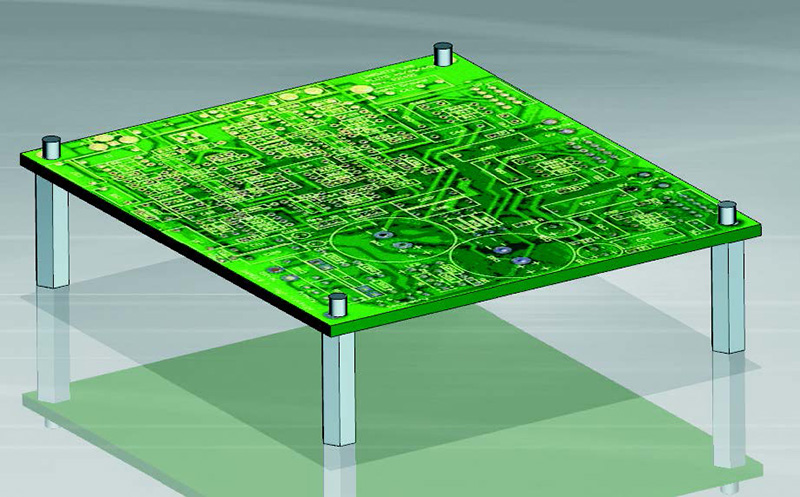 Founded by three United Technologies engineers in 1995, Design Automation Associates Inc. (DAA) offers a variety of engineering consulting services, with a focus on helping companies automate their product development and configuration processes. The firm, which now has a staff of 20, serves a wide range of industries, including rotating equipment, electronics packaging, industrial machinery, aerospace, military and automotive.

DAA has a great deal of experience in determining which activities are suitable for automation. One of the most promising involves the design and analysis of engineered- to-order (ETO) and configured-to-order (CTO) products. “Iterative problems occur in all areas of engineering design and analysis, but they especially occur in companies with engineered- to-order and configured-to-order products where certain parts are designed so repetitively that automation can provide huge time savings,” says John Lambert, president and CEO of DAA.

As a specific example in electronics packaging, Lambert points to the finite element analysis (FEA) that must be performed for ETO printed circuit boards (PCBs). “For every new order, these companies have to re-engineer their circuit boards. Even when companies use good analysis technology, there is still a lot of work that must be done by hand,” Lambert explains. In many cases, manual calculations are needed to determine loads, for example, and to assess the results of an analysis. “Many of those calculations, such as those used to interpret results, involve specialized procedures that are part of a company’s intellectual property that makes it unique and able to compete,” Lambert continues. “There is a whole domain of logic and calculation that won’t be added to any analysis software as out-ofthe- box functionality, because it is company-specific.”

DAA has seen situations where the analysis process for a single ETO product took as many as 40 hours. “And a company might perform that same analysis process 100 to 200 times a year,” Lambert says. “In addition to the time and expense incurred, having to rely on so much manual calculation introduces the likelihood of error.” Whenever DAA does see attempts at automation, it’s almost always in the form of macros, which are, as Lambert points out, “twenty-year-old technology.”

DAA engineers use a number of advanced design and analysis solutions in their work, but when it comes to automating complex, iterative analyses and design-analysis loops, the firm relies on Simcenter and NX software from Siemens PLM Software. DAA uses Simcenter 3D and NX Nastran, both part of the Siemens’ Simcenter portfolio, for advanced analysis. “The Simcenter and NX toolset is world-class functionality,” says Lambert. “With Simcenter 3D and NX, we get integrated modeling and analysis capabilities, as well as NX Open.” NX Open is the application programming interface (API) embedded within both Simcenter 3D and NX. DAA uses NX Open, along with some custom coding, for its more complex automations. “The problems we’re focusing on require complexity and automation beyond that supported by out-of-the-box capabilities,” says Lambert. “For that we use NX Open.”

As an example of the automation DAA has done, Lambert describes a finite element analysis of a PCB destined for use in an aerospace application. “This is a great example of a task that must be done iteratively, in part because there are so many design variables, such as the components on the board and the mounts, that can be changed,” Lambert explains. “Also, the boards are subject to random vibration, and depending on the spectrum there can be one or more keep-away zones. You need to iteratively move frequencies to get them away from “keep-away zones” and into areas of lower vibration, but it’s not that simple because you can increase loads and stresses by doing that. When you move frequencies, you have to reassess loads. And often in electronics packaging there are components that have frequencies close to each other, so they magnify each other. It becomes an exhaustive, iterative game to achieve the balance between proper frequency placement and the structural board integrity.”

DAA’s automated version of this process, which looks to the user like native NX functionality, includes geometric modeling, FEA preprocessing, postprocessing and analysis using Simcenter 3D and NX Nastran® software. Starting with the NX geometry model of the PCB, the program automatically creates the finite element mesh and applies the appropriate material properties. Then it iteratively runs a frequency extraction analysis (NX Nastran Solution 103). Custom code written by DAA using NX Open compares the results to the random vibration spectrum, and then continues the iterative looping and modifications to the PCB geometry until the PCB vibration frequencies are out of the keep away zone on the random vibration curve. Next, custom calculations are done to determine loads, followed by analyses of stresses and deflections (NX Nastran Solution 101). Some additional custom code combines those results with industry and process knowledge to generate life predictions, make comparisons against material allowables, and ultimately determine whether the design is acceptable. If not, the process starts again and the iterations continue until the design has adequate structural integrity.

In this example, Lambert notes that thermal analysis is not involved, although it could be: “Generally there is thermal analysis that has to be done and it can be included in the automation as well.” 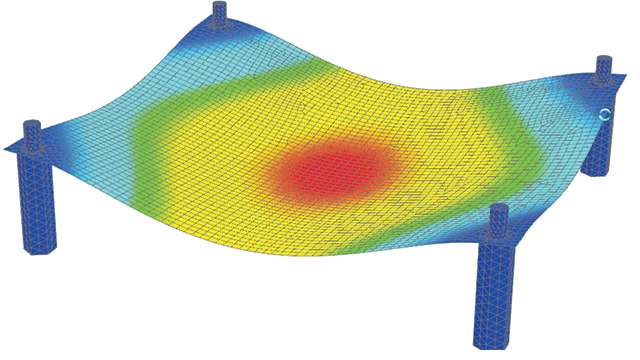 One of the most obvious benefits of automation, as illustrated in the PCB example, is the time it saves. Lambert has seen situations where an analysis that previously required 40 hours is now done by the automated process in 15 minutes.

Of course, creating the automation takes time, and DAA has a good rule of thumb for estimating how much time. “It takes approximately 10 times as long to create a somewhat robust automation routine as it does to run a single iteration,” Lambert explains. “So not everything is appropriate for an automation. If it’s an analysis that a company will run only a handful of times, it’s probably not worth it. But if it’s something they’re doing 25 or 100, or 200 times a year, it makes a lot of sense.”

What skill level is needed to create an automation such as the one he described?

“You need someone who has a moderate level of programming capability,” Lambert says. “The journaling function will generate a lot of NX Open code for you, but you need to know how to open that code, edit it and enhance it so it’s more suited to a general-purpose application, instead of just recording keystrokes.”

There are several other benefits to automating iterative simulation processes with Simcenter 3D. Automations maintain the NX look and feel, so users who are comfortable with NX CAD need minimal training to use them. Also, once processes are automated by expert analysts, they can be run by users with less education and training, freeing up analysts for more challenging projects. Automating a process also has the effect of standardizing it and eliminating human errors, such as analysts’ mistakes in hand calculations.

DAA has had so much success using NX Open automation that it surprises Lambert that more companies aren’t taking advantage of the software’s programming functionality. “There is very powerful capability in NX and Simcenter but we rarely see it used even though there is a great need for this kind of automation among our customers,” he says. “In the right situations, automating simulation processes within the NX CAD environment could be well worth the investment.”